The first Citizens’ Dialogue on Law-Abiding Culture and Justice in Guatemala took place today in Sololá with the participation of several sectors. This Dialogue is carried out with the support of the German Cooperation through the CICIG Strengthening Project, at the request of the Federal Ministry for Economic Cooperation and Development (BMZ), to increase the awareness, dissemination, and management of information regarding the strengthening of judicial systems and combating impunity in Guatemala.

This regional forum was inaugurated with a message from the authorities of CICIG and the German Development Cooperation (GIZ) in Guatemala. Paola Hidalgo, GIZ Representative, reviewed the projects that the German Cooperation implements in support of justice institutions in Guatemala.

Also, Commissioner Iván Velásquez sent a message to the indigenous authorities, District Judiciary and university students, stressing that these citizens’ dialogues intend to reflect on the importance of the law-abiding culture and the current situation of justice in each district of the country.

With the support of the German Cooperation, CICIG contributed in the design of a tool called Integrated System of Justice (Sistema Integrado de Justicia, SIJ), which will be used by the entities that make up the Judiciary.  This tool makes a real-time verification not only of the operating status of each body or entity comprising the justice system, but also the situation of impunity and the asymmetric growth between the institutions that make up the national justice system.”

“We are going to present in each of these citizens’ dialogues the current status of the justice system in four departments of the country. These dialogues have the purpose of reflecting, for example, on the needs of Sololá and each of the departments,” he said.

Commissioner Velásquez stressed that CICIG and GIZ are supporting the Ministry of Education on the issue of the law-abidingculture, through their coordinated work with Universidad de San Carlos and Universidad Rafael Landívar, making advances in educational projects aimed at children and young people attending Guatemalan schools.

“However, we understand that a pedagogical task is not enough, the justice system should have the capacity to respond to anyone who does not voluntarily submit to the law-abiding culture that must prevail in the country, so whoever commits criminal acts has an effective response from the justice system,” he said.

Within the framework of promoting the law-abiding culture and the fight against corruption and impunity, significant data on the situation of justice with the SIJ in Sololá were presented. The rate of impunity in Sololá exceeds 92.05%.

The SIJ seeks to highlight and support the efforts that focus on strengthening the justice system and finding solutions to the problem of impunity. This support consists of developing a comprehensive and participatory process, which includes not only the institutions responsible for the administration of justice but other civil stakeholders.

It focuses on the identification and analysis of the strengths and weaknesses of the criminal process in Guatemala, as well as the development and dissemination of specific recommendations focused on influencing the legal and institutional strengthening of agencies.

Other regional dialogues will take place in the coming days in the departments of Quetzaltenango, Zacapa and Quiché.

PRESENTATION OF DATA FOR SOLOLÁ: 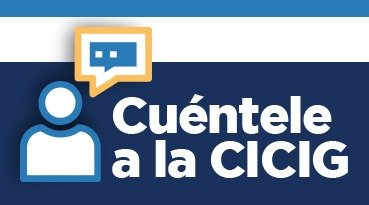